Eggs are laid and new bees emerge from their cell 20 days later and take their first orientation flights a further 20 days later. Orientation means the hive was laying eggs or queenright at least 40 days previous. HIve Scales show those orientation flights when often several thousand bees orientate at one time. As bees weigh approximately .1 of one gram, the weight reduction of the hive during orientation tells us how many new foragers have hit the blossoms and how well the queen has been laying.

This paper on our Hive Scales showing Orientation, courtesy of Patrick O'Keefe. 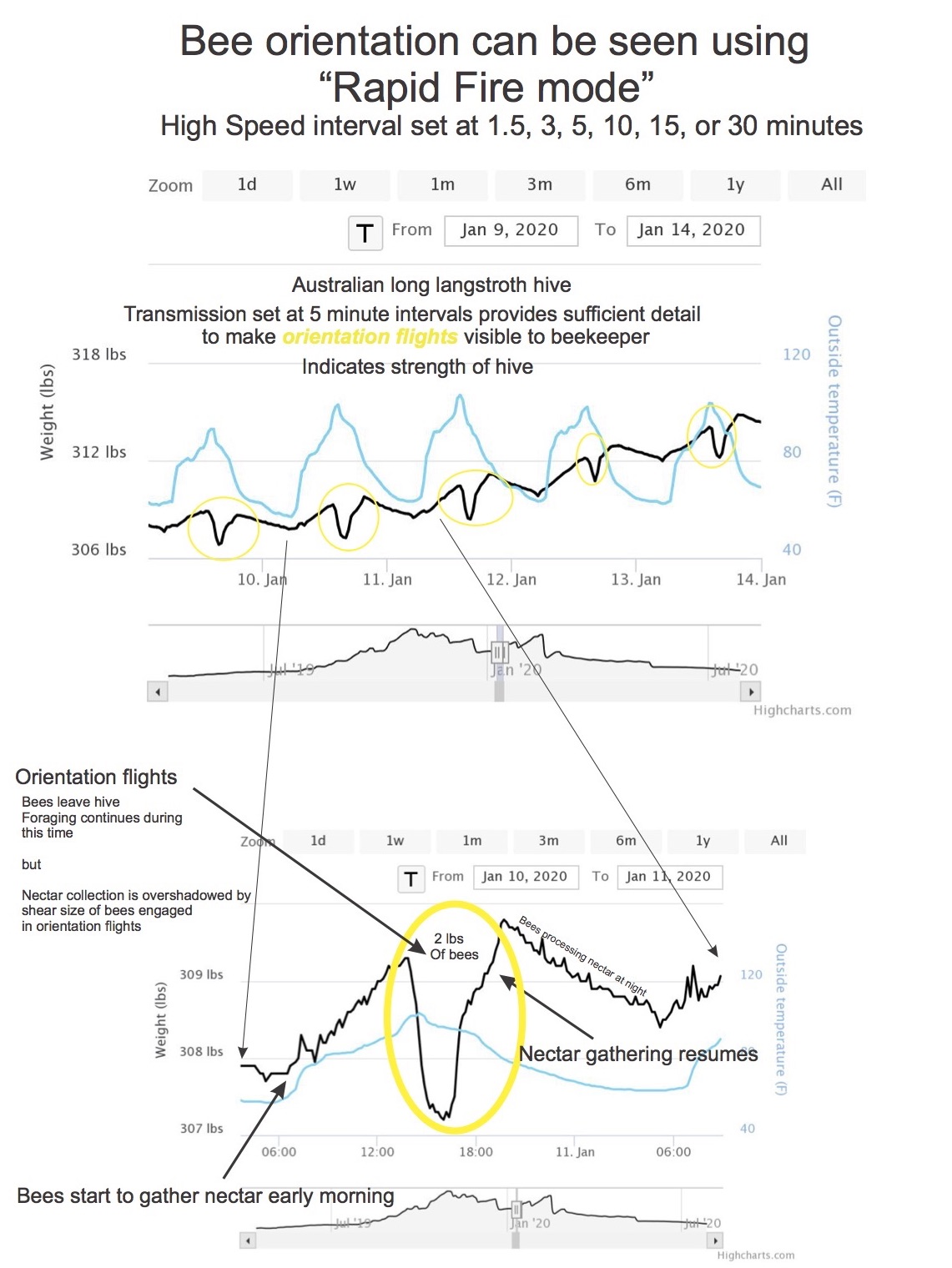 Weight at any point in time is a summation of several factors; consumption by bees, evaporation of nectar, nectar and pollen coming in, the number of bees outside the hive and number remaining inside the hive. Numbers of bees fluctuates as some get lost and never return or some just demise. In the peak of summer, foragers don't live much longer than a week or so and mostly die outside the hive. Understanding hive weight involves all these factors but mostly we are just interested in the weight of the hive, which mostly indicates honey.